You May Not Control All The Events That Happen To You, But You Can Decide Not To Be Reduced By Them ~ Maya Angelou~

It's been 5 years since I launched The Sultry Gypsy Herb Co© in January of 2013.  I designed and created remedies since 2012 and started selling at two Marin County Farmer's Markets with remedies being only $11 and $11.99 or 12 in the stores.  Since then I've gotten in many stores, some accounts fell by the wayside and others have held strong.  The best accounts I still have 👌
I have only raised the prices online once and that was after they were introduced at $11 at the market, otherwise they have been the same literally online, for 5 years, at $12/a bottle.
I recently raised the following remedies at the stores to suggest, $13.49
So with that I am raising the online prices of:   To $13/bottle.
This oughta hold for awhile.  It's a small change but one that makes it a tad easier to make a living...although I need to expand, just need a studio space to do that in 😉
Until then it oughta do.

Cheers and thanks for all the support~
Danya

Posted by MsDamiana at 10:25 PM No comments:

The Woman in the Woods 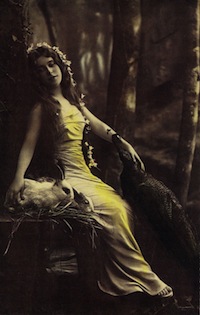 ~The nerve center where my creative work, my crafts and my vision can be shared. Thank you for checking out my work and supporting my herbal remedies~ Danya

Check Out My Other Blogs